Arroyo comes from the Sevilla industrial district of San Pablo. He studies Fine Arts and collaborates with independent comic initiatives. He works as an illustrator on children’s books and for scientific publications, and starts doing animation work in an independent “studio”. He graduates in Painting. He works as the animation director of the company (offshoot of the studio) Dibus Aimados s.l. on different projects: television series, films, advertising, educational videos etc.

In 2002 he leaves Sevilla and moves to Barcelona where he works freelance for different studios in various productions. At the same time he makes his own audiovisual piece: Cada dia passo per aquí. 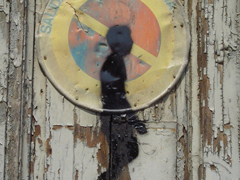