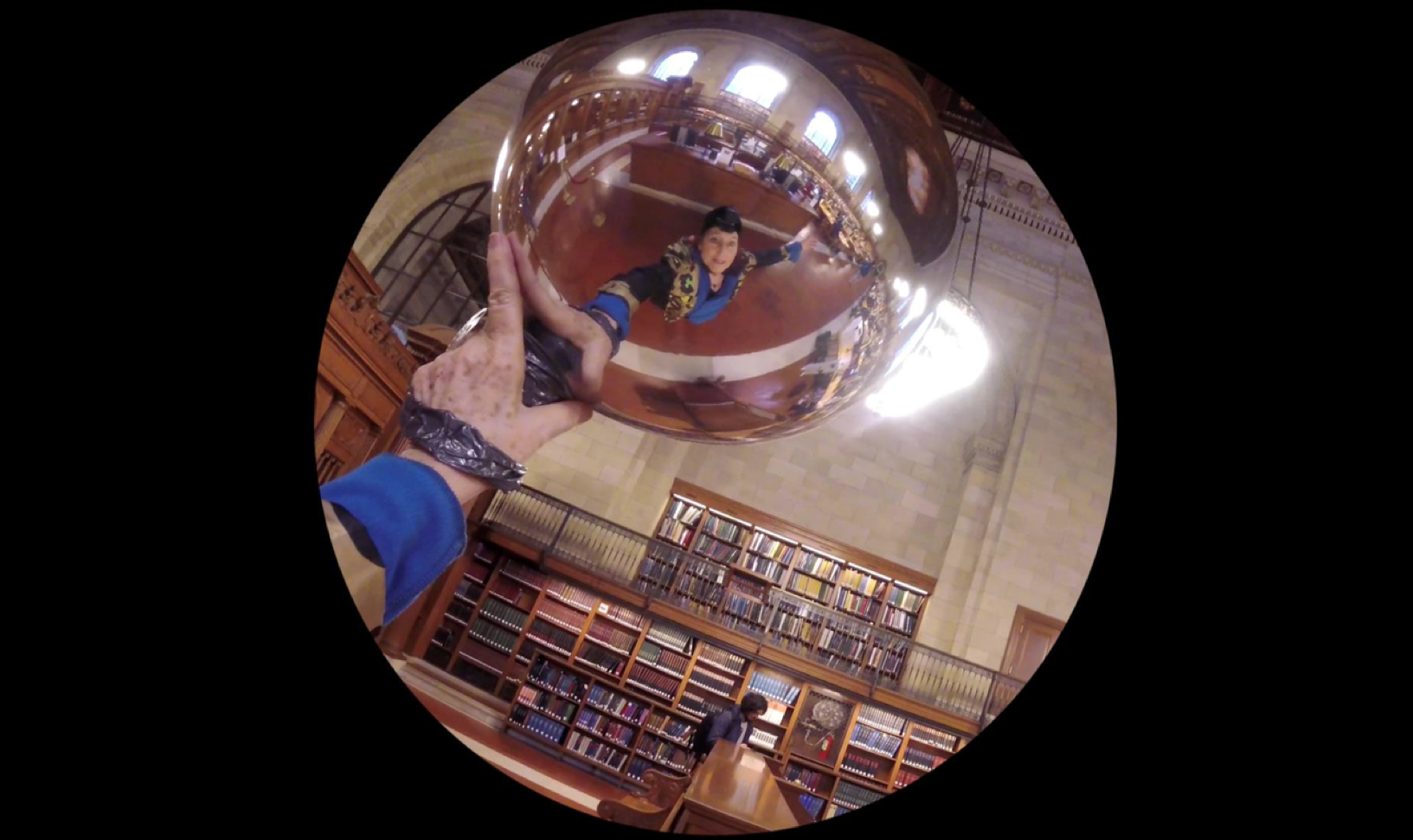 SELFPORTRAIT portrays the creative years of Eugènia Balcells in New York from 1980 to 2018. Balcells is part of a generation of Catalan artists who between the late 1960s and early 1970s emigrated to New York. In this self-portrait in movement, the artist walks through significant places in her biography holding a sphere that reflects her face and the urban landscape that surrounds her. In addition to the experiential story, Balcells' constant interest and research on light and the mechanisms of vision are also present. The soundtrack reflects and quotes the different works made by the artist during these years, many of them in collaboration with the American musician Peter van Riper.

After the presentation of this piece at the FLUX festival (Arts Santa Mònica. Barcelona, 10/12/2019), art critic Juan Bufill writes: "In this action-recording, the self-portrait allows herself to be surprised by the visits and the vagaries of the walk. The need to inventory and bring together the diverse and the dispersed, the desire to reconcile the different and complementary, and the desired sense and chance, and the will to reflect on the personal and the universal, have been constants in the work of Eugènia Balcells and that is why this small piece is consistent with all her previous work".