Closely linked to performing arts, she often collaborates with theater and contemporary dance companies as a performer or creating installations or video at stage. She has directed several pieces for the stage: The shadow of your dog; Geometry and tremor, multidisciplinary project of poetry / music / image; and Why do they not speak? Because it’s art, video art and actions for theater. She also works frequently with sound artists: shared interdisciplinary projects with composer Sergio Blardony (Tract video has been exhibited and awarded in many festivals) and currently working with Pablo Martin Jones in the project Maniobras. Reconversiones audio-visuales de espacios industriales. 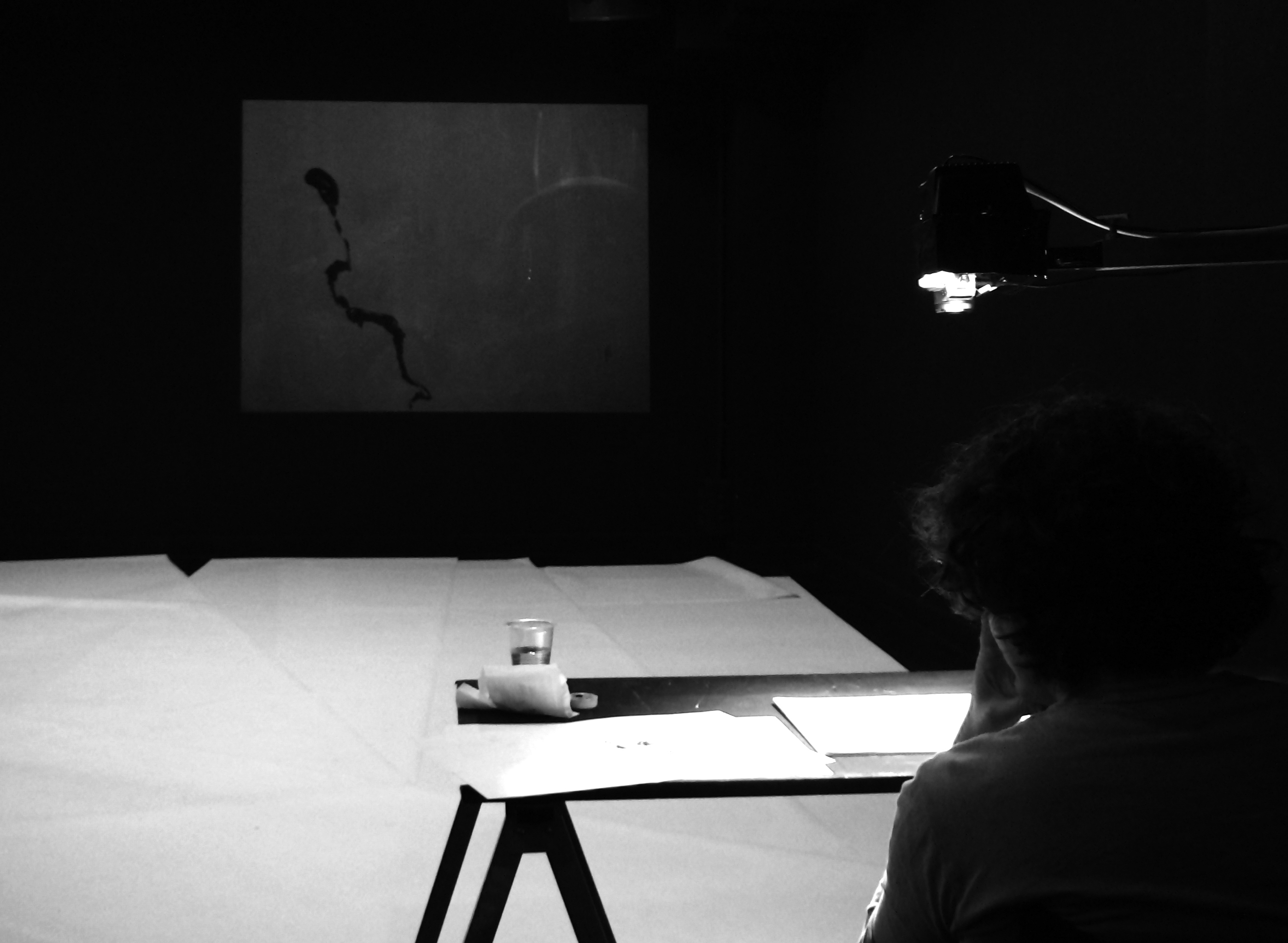 Showing is also a policy. For my part, and instinctively, I have always distrusted what is obtained in the frontal view. I am one of those who think that seeing is not something that happens every day, and seeing is rarely not being blind and when showing, it is usual not arrive or overdo. Because showing means opening a gash over the world.

Marta Azparren's video work often engage in reflection on artistic activity. A close look at the relationship between the creator, the viewer of the artwork and its mediators. It deals with scrutinizing all actors in the artistic process. The look ranges from the viewer (observing the observer, questioning him), the creator (registering creation in real time to witness the the artist’s sacrifice) or the internal machinery of mediation, exhibition and artistic production. Discovering the blind spots of art-society relationship by observing the artistic device as a preliminary step for an art that will be politically disarmed if it does not have an effective social function.

The camera operates as a witness to the perception of time, the unseen, the blind spot and memory. Focusing on invisuality (using Carlos Vidal's term) of the visual, the absence, what is discarded, not to be seen, not happening. It’s all about documenting the margins.

In the words of curator Susana Blas: “There are subjects which slip transversely in Marta Azparren’s films, without being the main engines of their work: negotiations of bodies and their absences, the fragility of desire ... and an elegant way of understanding the audiovisual where it naturally flows footage found, visual poetry and experimental video ... Disembodied (2013), the instalation in which she deconstructs the Dreyer’s Joan of Arc, I can’t see it without getting touched ...”