Quimera Rosa is a laboratory for experimentation and research on identities, bodies and technosciences, created in Barcelona in 2008 and nomadic since 2014. From a transfeminist and post-identitarian perspective they seek to experiment with hybrid and flexible identities that can blur the boundaries of the binomials of modern western thought -natural/artificial, normal/abnormal, man/woman, hetero/homo, human/animal, animal/plant, art/politics, reality/fiction etc.

Quimera Rosa makes the body a platform for public intervention, in order to generate ruptures in the frontier between the public and the private. Particularly interested in the articulation between art, science and technology, as well as their functions in the production of subjectivity, their work focuses on the development of performances and transdisciplinary projects, in the elaboration of devices that work with bodily activity and bio-hacking experimentations. They complement this artistic activity by giving numerous workshops, writing and doing curatorial and production work based on feeding and networking. Trans*Plant is one of their main projects, in which they use living systems and is based on self-experimentation: a process involving a "human > plant" transition in various formats. Most of their work is done collaboratively and, always, free of patents and proprietary codes. They have presented their work in streets, museums, contemporary art centers, galleries, universities, concert halls, art schools, discos, squats, festivals and theaters. 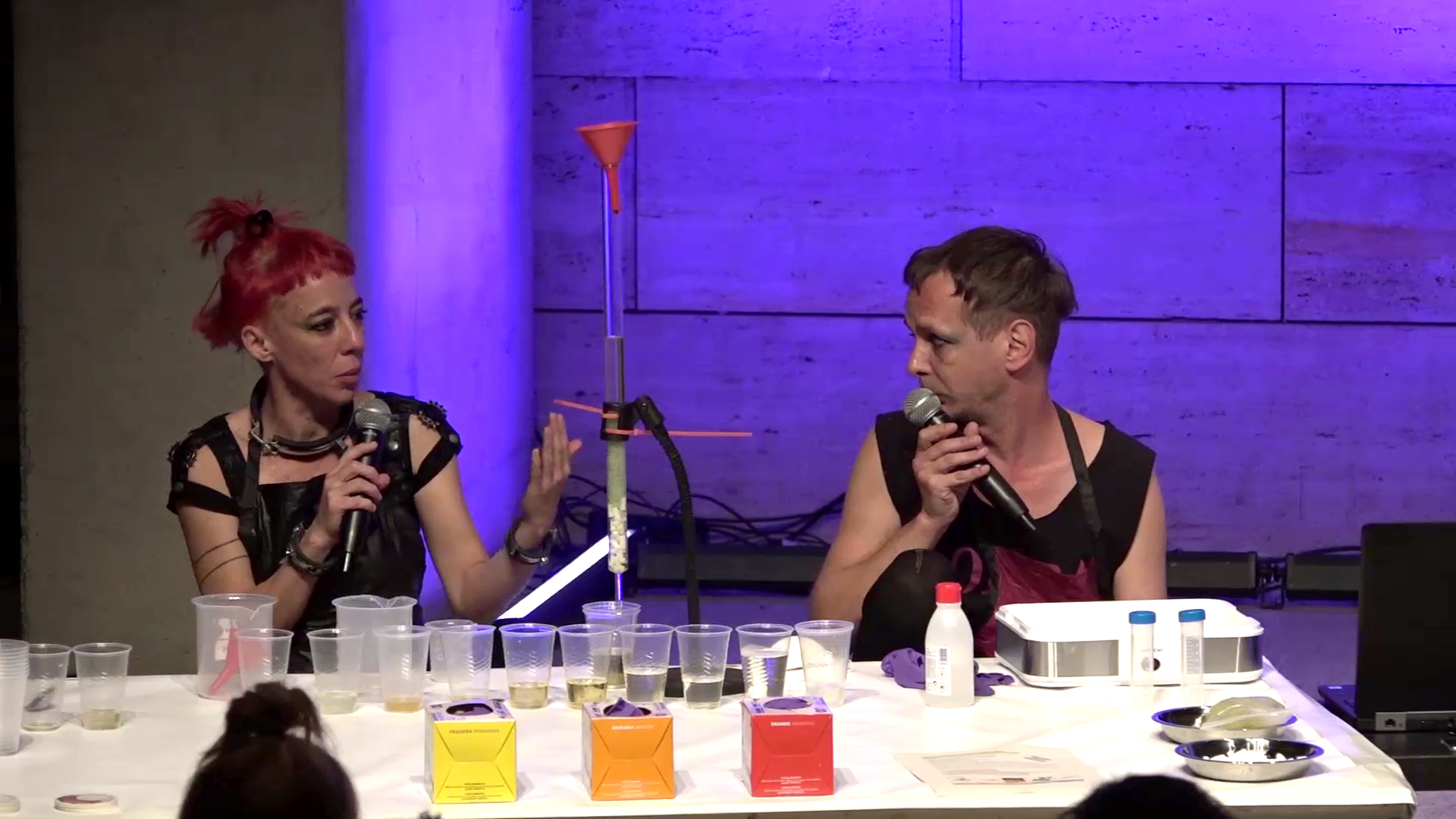